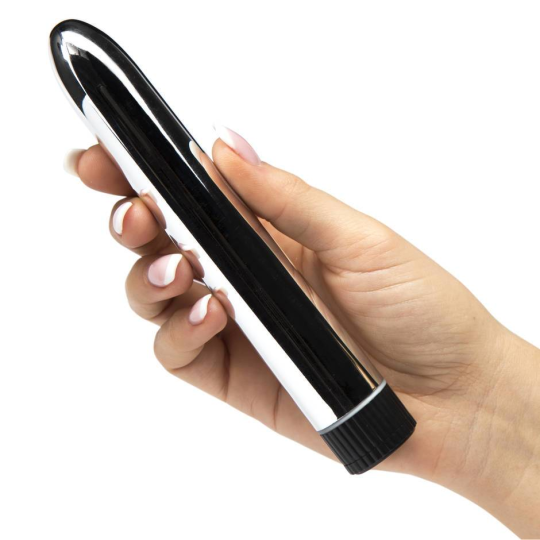 Okay, so, firstly well done on buying a vibe.

They’re that shape because yes, you CAN use them inside you, and it can be nice to fuck something that’s safe to put inside and a bit bigger than the hairbrush or fingers most start with. But even though it’s so phallic, it’s still mostly used pressed against your clitoris (google that it you’re not sure where to find it, but it’s the bit that feels great when you rub it).

So okay, when you are using it vaginally, it’s going to be tight at first. The vagina is about as close to magic as bits of the human body come. That tight little hole is also able to fit big fat cocks in it and also get babies out of it. But all that takes some time to work up to. And most importantly, if you’ve not played up there much or at all, you’ve got a hymen in the way.

Not sure how that all works, read up on my hymen tab:

As described there, your hymen will stretch, and also your vaginal muscles will relax as you play more, and you really do want to play more, let me tell you. Not only can your vagina do all that cool stuff, but it feels amazing when you play in there. That’s mostly the G-spot, which is located kind of the far side of your clitoris, just out of reach of your fingers if you’re playing with yourself (see God does have a sense of humour) but just perfectly in reach if someone else plays there or you put in a brush or a vibe like this. Actually, vibes like the one above aren’t brilliant for it because the g-spot is kind of in and UP a bit, on your tummy side, so that’s why you’ll see lots of vibrators and dildos that are curved, because they get there much better.

The other key when you’re new to all this, OP, is lube. Either you need to have been playing with your clit and edging and got very, VERY wet before you try vaginal penetration with anything bigger than your finger, or you need to invest in some basic lube, and just a squirt of that will make everything feel 100 times better instantly, Seriously, if I could take one sex aid to a desert island, it’d be a bottle of lube

Lovehoney Lubes – Check them out here…

So in summary, OP, focus on using the vibe on your clit, that’s where most do, but do keep exploring, as you get hornier and wetter, using it inside you too to explore how being fucked feels, and also seeing if you can get those vibrations up onto your g-spot. Oh yes, and you’ll know you get it as it’ll feel good but also, you’ll have the urge to pee mostly. That’s totally normal, and it passes, don’t let it put you off. It’s not that you need to pee (just pee before and you’ll realise that’s true as your bladder is empty) but it’s you starting to build up the ‘female ejaculate’ that women squirt, because yes they do too, read up on that too, it’s cool!

I hope that helps,