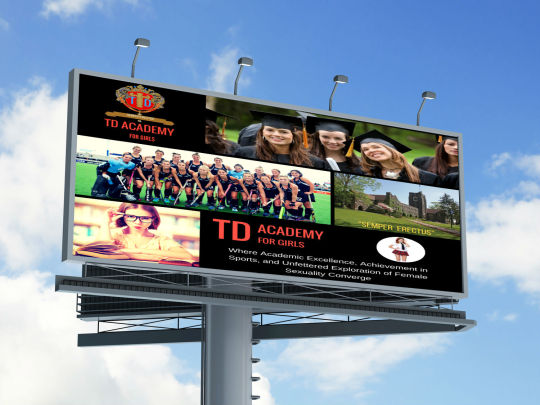 Welcome
to the fourth lecture in the TD Academy for Girls Intro to Female Sexuality
distance education series. We will be covering a very important topic in
today’s lecture, ruined orgasms; what they are, why they are necessary, and how
to properly do them.

Up
until now, we have discussed edging at length. Edging, like any skill requires practice
to attain proficiency. We understand that when a girl is attempting to learn
how to edge properly for the first time, unfortunate accidents will occur from
time to time. I am of course referring to unintended orgasms.

A girl
continues the stimulation perhaps just one single stroke or one tiny circle of
her clit too many and reaches her point of no return (PNR), the moment where
orgasm becomes unavoidable. We expect that from new students. As long as we
observe consistent improvement and see unintended orgasms with less frequency,
we allow that without intervention. In most cases,
we are confident our freshman students will sort it for themselves with
practice and attain the desired proficiency with edging.

There comes the point with some students, however,
when unintended orgasms continue to occur far too frequently. With some girls, we must intercede for her sake. After
all, allowing a girl to continue experiencing unintended orgasms while trying
to edge can over time destroy her confidence. In this module, you will learn about our preferred method of curing those
who can’t seem to avoid unintended orgasms, the ruin.

What
is A Ruined Orgasm?

A
ruined orgasm is one that just kind of fizzles. When executed properly, you
don’t get the same rush of dopamine which makes it a rather dissatisfying
orgasm that leaves you feeling let-down and frustrated.

If
you’ve heard about ruined orgasms and attempted to research the practice on the
web, it is more than likely you found only
Femdom websites that explained how to ruin male orgasms and little or no information
about how to ruin female orgasms. Even if you enter a specific search term like
“female ruined orgasms” it isn’t very likely you will find anything
but websites that pertain to ruined male orgasms. You may be forgiven for
asking yourself whether female ruined orgasms are even possible. Yes, fortunately,
females can have them just as males can, although,
given the difference in genitalia, there are far more methods available for
ruining male orgasms than female orgasms.

The
only reliable method for ruining a female orgasm is the immediate removal of stimulation at the very instant the PNR is
reached. Timing is extremely critical here. Remove the stimulation an instant
too soon, and a girl may not tip over the
edge at all. Continue the stimulation an instant too long, and she can have a more pleasurable orgasm than desired.
That’s one reason why this course covers edging in depth before introducing the
ruined orgasms. When attempting a proper ruined orgasm on her own, a girl must
be very skilled at recognizing how close she is to her PNR.

How to
Ruin Your Orgasm

Rather
than repeat it verbatim here, I will instead refer you to a paper I published
earlier that explains in depth how to ruin a female orgasm. You can find the
paper “Girl Interrupted: Ruined Orgasms Explained” here at this link.
Please read the paper before continuing.

How to
Know Whether a Ruin Was Successful

Beyond
relying on subjective feelings that an orgasm was dissatisfying and
frustrating, there are other more reliable signs to look for.

If you
find that your arousal has been sapped and especially when that feeling is
combined with your clitoris feeling so sensitive that further stimulation feels
unpleasant, chances are the ruin was ineffective. In such circumstances you
would have likely had a weak, but more or less normal clitoral orgasm because
you continued the stimulation just a bit longer after reaching PNR than you
should have.

Now
it’s time to put theory into practice by ruining your own orgasm. I have designed
an exercise for you that is aimed at raising your arousal gradually to make it
easier for you to keep track of how close you are approaching your PNR.

The
concept of the task is simple. You will be rubbing your clit in small
dime-sized circles a set number of times and then taking a 20-second break
before starting another series of circles. Gradually more circles will be added
with each series with the goal of pushing your arousal ever higher until you reach
an edge.

Get undressed, so you have unrestricted access to
your pussy and clit. Lay on your back with your feet together and knees apart.
Spend a few minutes warming up to get your natural lubrication flowing.

Once
you are ready to begin the actual exercise, start with 10 circles. After
finishing the tenth circle, take a 20-second break. You may use a timer if you
wish or you can just count slowly to 20 to observe the breaks that follow each
series of circles.

After
the break, rub your clit in a circular motion until you have completed 15
circles, then take a 20-second break.

Push
yourself toward your PNR. Try to get so close to your PNR that when it comes
time to orgasm, the stimulation will have already stopped with you just short
of your PNR, but so close that the momentum of the previous stimulation alone
is enough to tip you over the edge. This is the ideal because continuing the
stimulate your clitoris as you reach the edge and tip over into climax is the
biggest reason why girls often achieve an arousal-killing weak clitoral orgasm
rather than a proper ruin.

Obviously,
at the first instant, you become aware
that you are going to climax, stop stimulation immediately if you are still
rubbing your clitoris. Keep your feet together and knees apart. Resist the urge
to contract your PC, leg, or buttock muscles. Just allow the orgasm to fizzle
and fade away. If you manage to get the
timing close to correct, you will experience a proper ruined orgasm.

Ruining unintended
orgasms is an effective way to help curtail them since ruined orgasm for most
girls is so frustrating to experience. Also, ruining orgasms will allow your arousal
to continue to grow unabated which will allow you to remain true to the motto
of TD Academy for Girl’s, “Always Aroused!”