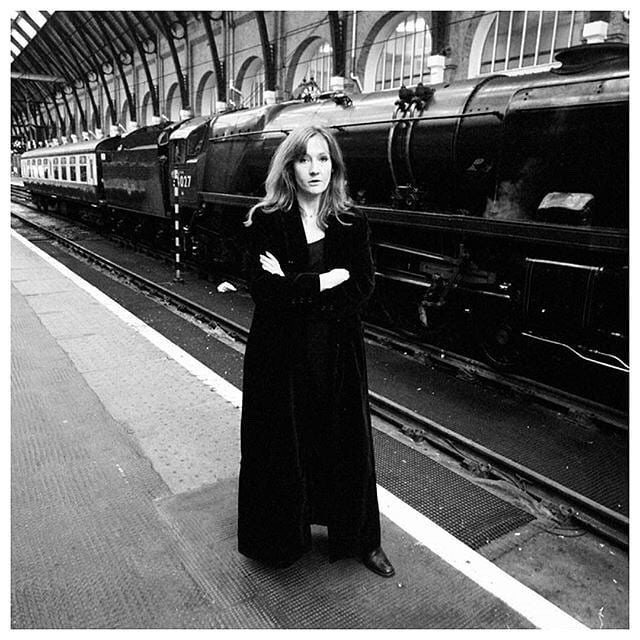 JK Rowling // “Fat’ is usually the first insult a girl throws at another girl when she wants to hurt her.⁣

⁣I mean, is ‘fat’ really the worst thing a human being can be? Is ‘fat’ worse than ‘vindictive’, ‘jealous’, ‘shallow’, ‘vain’, ‘boring’ or ‘cruel’? Not to me; but then, you might retort, what do I know about the pressure to be skinny? I’m not in the business of being judged on my looks, what with being a writer and earning my living by using my brain…⁣

⁣I went to the British Book Awards that evening. After the award ceremony I bumped into a woman I hadn’t seen for nearly three years. The first thing she said to me? ‘You’ve lost a lot of weight since the last time I saw you!’⁣

⁣‘Well,’ I said, slightly nonplussed, ‘the last time you saw me I’d just had a baby.’⁣

⁣What I felt like saying was, ‘I’ve produced my third child and my sixth novel since I last saw you. Aren’t either of those things more important, more interesting, than my size?’ But no – my waist looked smaller! Forget the kid and the book: finally, something to celebrate!⁣

⁣I’ve got two daughters who will have to make their way in this skinny-obsessed world, and it worries me, because I don’t want them to be empty-headed, self-obsessed, emaciated clones; I’d rather they were independent, interesting, idealistic, kind, opinionated, original, funny – a thousand things, before ‘thin’. And frankly, I’d rather they didn’t give a gust of stinking chihuahua flatulence whether the woman standing next to them has fleshier knees than they do. Let my girls be Hermiones, rather than Pansy Parkinsons."⁣