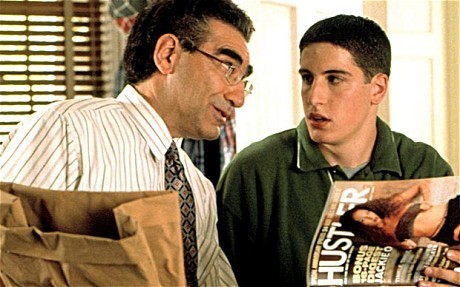 My wife talks to my daughter about this stuff and I talk to my son. But if I were a single dad I’d have no problem talking to her either, it’s just easier that way.

I don’t WANT to be involved that much, but I also don’t want the horrifying prospect of teaching my kids to drive, and I didn’t want to have to change their nappies (diapers) for years either. But I’m a parent, it’s part of my job!

As to when she’s ready, sure she can decide. If she comes up to me tomorrow and asks me for sex toy money, well, I might ask what the hell she’s been reading, check my internet filters and suggest maybe ask again when she’s a teenager. But that isn’t going to happen (please god).

Given that’s extremely unlikely at ANY age because kids… parents etc my wife having a chat with her at some point mid teens and giving her a gift voucher is probably the best way to go. I almost definitely won’t ask her what she bought over breakfast.

Mind you I have suggested we have a party to celebrate her first period so maybe I’m just a deeply embarrassing father.