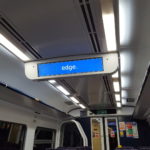 Found on a Northern Rail train

It’s a good place to do it actually, with a coat over your lap, the rhythm of the train pulsing through you…

Ohhh but we have something better…

A town called Ruining. We Dutchies use -en instead of -ing in a lot of adopted English words.

Ruining in the passenger seat… hmmm ^^

We could hold an annual convention! 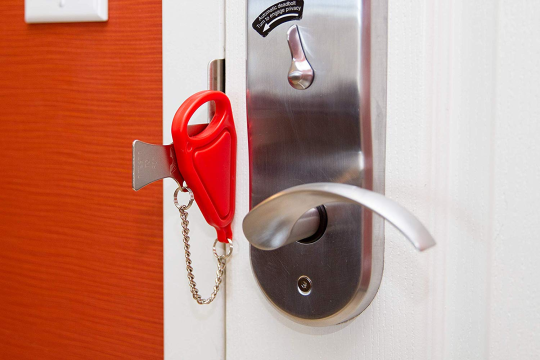 Those with children that are into spanking, how do you do it on the regular? I’d be down for alot more but between living with the in-laws and our 2.5 month old, it doesn’t happen very often.

D/s folks with kids, how do you manage this?

PUT A LOCK ON THE DOOR

Add to that some music and you’re good for a lot of it. But seriously, get a lock and 90% of the issues are gone. It means you can never get interrupted without warning.

If you’re at someone else’s home or similar bring a portable lock with you:

(They’re also great for security when travelling) You can get them on Amazon for $20 or so.

If you’re a cheap bastard like me you can even make one from a fork:

But the best bit, for the one you have at home (and sliding bolts are best for this) is you go into the bedroom, reach up to it, make eye contact with her and slide that fucker home and she knows it’s ‘game on’!

PS – @femsubdenial Get some under the bed restraints for bondage, not rope, you can get out of them in 5 seconds, although I personally enjoy the, ‘Mummy’s a bit tied up at the moment sweetheart, what can I do to help?’ conversations.

You know the word. You know what I mean. Say it whenever you can. You know I want it, crave it, need it, more than anything else.

Sometimes I ask things. Sometimes I demand. Sometimes I pout and whine and twist your words in an effort to get you to say anything else. But don’t do that. Please say it.

Make me surrender to it. ‘Cause that’s when I’m at peace. Use it against me to make me work for the things I want. ‘Cause that’s where I show my devotion. Inhibit me from making mistakes. ‘Cause after all, it’s for my own good. Drive me up the walls by giving or taking something similar but not at all to the thing I was asking. ‘Cause making me squirm and beg and plead is a wonderful thing. Then say it again. ‘Cause watching me fold into us when I’m not allowed to beg and plead is magic in my eyes.

Even when it’s hard

Even when I ask something you want

Make it your decision and please… say it.

This is so beautiful.

A year of orgasm denial

So, it’s been a year since I started blurping out my denial experiences here on Tumblr, and a little longer since I discovered it (thanks to @female-orgasm-denial ofcourse) and tried it. I’m still feeling kinda bummed that I didn’t write down my very first experiences with it, but I was still kinda shy and on the fence about it then. Lately I have been kinda quiet, and that’s because I’m hardly edging at all. Life stuff and all. Anyway!

About half a year ago I wrote this post summarizing all the things I enjoyed since edging. There are lots more added to the list by now, but the most amazing thing to me is how much Sphinx got involved and is willing to try. I didn’t think he’d ever try it, and now he’s way better at it then I am! I’ve also noticed that when I’m not edging regularly, most of the extra stuff I find hot kinda fades away. Reverting back to my main menu sort of speak. With a couple exceptions. Orgasm denial, hypnothings and… oh fuck it, humiliation… Especially when all three are combined into hucow stuff *hides*

But things that keep going even when I’m not edging are feeling more free sexually, (yes even more, it’s ridiculous), boosted self confidence, body acceptance and self awareness mainly because of the experiences I’ve had this past year. It also led to me expanding knowledge about my submissive side, and how much more I’d be willing to do for a good fitting person than I thought. And! Big personal victory! I actually went out in the world and met new people, even attended a play party with a childhood friend! Shout out to kinky introverts! 😛

Oh @wickedlittlebtch I’m so proud of you and so happy I helped set you on this amazing path. You’re a star and seeing you learn and grow and make this very much your own journey has been very exciting. I look forward to seeing where the next year will take you!

That seems a high percentage.
But otherwise, spot on.
Good work WLB

There’s just something great about admitting something humiliating. Telling them out loud that you enjoy _________ even though you feel embarrassed and disgusting. The waves of heat and humiliation, the way your head goes fuzzy and you feel submissive and happy.

This is one of the hottest mindfucks that denial and edging can bring about.

The thrill, the fear, the arousal, finally confessing, and being told it’s good.

But that’s just the start.

Now they aren’t just your fantasies any more. They’re mine. And if just thinking about them turned you on, imagine how it’ll be now, your deepest desires, turned back to you, no longer under your control. Twisted, enhanced, expanded.

So exposed, and all the better for it.

Got a secret to tell? Be a good girl, edge, edge hard. Then message me with it.

It’ll be in the strictest confidence, I promise.

Or send it as an anonymous ask and I’ll share it on the blog, and perhaps add my own little twists. 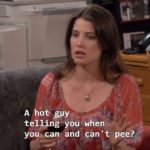 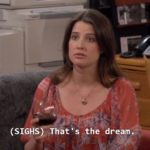 This is something I never thought I would enjoy doing. But it’s a level of control I absolutely love

there was a time when i didn’t think i would be into it…but yeah. that control, especially when distance separates….siiiigh.

Denialslut facts in your face!

It was so much fun
reading all the different answers to this post! So far 24 denial sluts
have answered the questions (as far as I could find), and I felt like
gathering those and seeing some results, even though it’s quite a
small group. But guess what? There’s only 1 thing all denial sluts thus
far agree on.

1. Mostly hit the edge just once OR mostly hitting and riding the edge for an extended amount of time

2. Self imposed denial OR being denied

Three
sluts reported to prefer self imposed denial, 4 liked both. But a
staggering 16 either enjoy being denied more, or are looking for someone
to try it with. Hint hint.

3. Mostly solo edging OR edging with someone physically

Three
sluts reported to prefer edging with someone physically, ten would
rather do most of their edging solo, and eleven like both.

4. Use a variety of toys and (internet) aids OR just use your body(’s)

Three
prefer to just use their bodies, three like incorporating both, but the
largest group (18) likes to use whatever they can get their grubby little
hands on.

5. Edging tasks OR doing whatever comes to mind

Five edgers prefer doing whatever comes to mind, eight like both, and eleven are just dying to be told what to do. *grinnn

This
question got a lot of remarks. Apparently over a week isn’t nearly
experienced as long term by most denial sluts. (I concur ladies, but
ssssh) There where three edgers who preferred short term when stated
like this. That leaves twenty-one, most of which reported to crave to be
denied for a lot longer than this, who are into long term denial.

8. As much edging as fits in a day OR way less edging and strict no touch

Two
sluts are total bad-asses and like restricted edging and no touch. Four
reported they like both. The rest of us (eighteen) are greedy little
cunts and like edging as much as possible.

Most
of the denial sluts, eleven to be exact, reported they became easier
accessible and are liking more sexual/kink stuff. Nine reported they
mostly liked new stuff more. And four are only getting people laid left
and right. 😉

Four
people stated they found it more physical torture, eleven stated it was
mostly mental torture, and seven decided on both. That leaves one more
lady, a true hard-ass, who thinks it is neither! You go girl!

11. Share your denial story somewhere online OR keep it to yourself

This
question is quite obviously skewed towards the former, as the numbers
also show. One denial slut likes to share, but not publicly, four do
both, but don’t share that much. And the other nineteen love blurping
their denial stories out there, on the internets.

12. Also a denial bitch OR only a denial slut

Here’s
another question I could have posed better. A lot of the answers to
these had explanations that boiled to wanting a denial buddy, instead of
being a denial bitch. But hey, with the question stated as is, sixteen
people answered they are denial sluts only, and eight are also denial
bitches.

This message has been brought to you by; Edging, your favorite pastime.

P.S.
You’re all welcome to keep the answers coming. Either reblog, comment,
or make a new post with #denialslutfacts. You’re also welcome to submit
if you want to keep it on the downlow. Or hit me with a message on Fet,
you can find me with username Handtam.

This is a brilliant little survey by @wickedlittlebtch with some fascinating questions I’d not considered asking.

It’s a good warm up for my soon to be launched Orgasm Denial Survey – which we did once before a couple of years ago, and back then. got 1,100 replies. The blog has ten times the followers now so this should get interesting!

Is there a burning question you want to ask the orgasm denial community? Message me and it might just get included.

1: Riding that edge over and over. It’s so great and drives me mad with need.
2: Being denied is far more enjoyable.
3: Mostly solo.
4: Toys and aids, I love exploring.
5: I love edging tasks, comes with being denied by someone.
6: Long term.
7: Edging is better, duh.
8: As much as possible :p
9: Both, but mostly I’m more open to stuff.
10: Mental torture.
11: Sharing my denial stories. Have you seen my blog :p
12: Denial slut, I suck at being mean to people.

When you’ve been in a tired/hollow/cranky mood and really dreading to start edging but then you remember @female-orgasm-denial’s 40-second rule. So you start humping… and before you know it 20 minutes fly by.