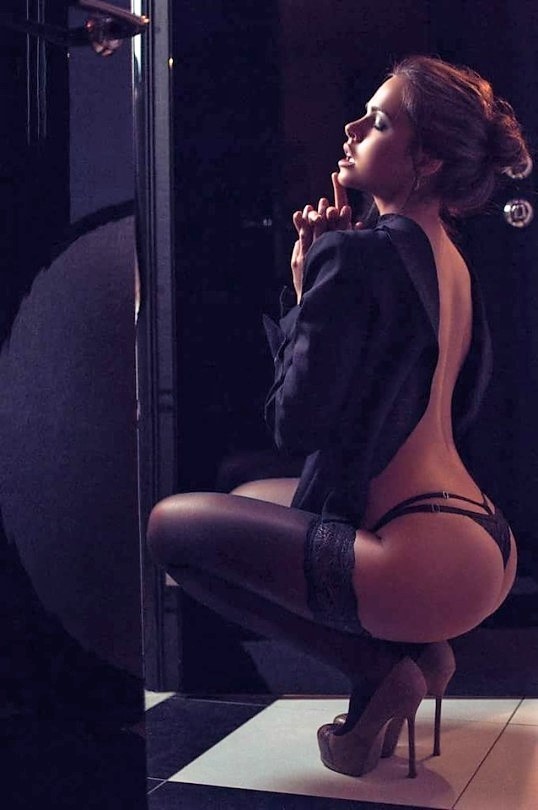 She crouched by the front door, heart pounding. Eyes shut, balanced on her highest heels, she carefully slipped her dress off.

She waited, her mouth opening to a perfect ‘O’, as the footsteps rebounded up the marble stairs, the words of his text running through her head,

They came nearer, she nearly cracked, nearly opened her eyes, but the fingers sliding through her hair made her shudder, and hold her nerve. Her mouth opened wider as she heard the zipper open.

She’d been sure she’d know by now, but she didn’t. Even as the velvet head of the rigid cock pushed deep into her mouth, even as she sucked it and licked it and loved it, even then, she still didn’t know if it was her husband, or a friend, or a stranger.

And even as he gripped her hair, forcing himself in ecstasy to the back of her throat, pumping his seed down into her belly, he remained completely silent, he gave no clues.

She could have opened her eyes then, but she didn’t dare. Not till the footsteps had faded, rubbing herself brutally, collapsed in the corner, the door finally closed. She jumped as the phone vibrated by her, she reached over, would it give her the answer she wasn’t sure she wanted?

‘Good girl, but stop rubbing now, I’m so proud of you.’

She dragged her fingers away as it vibrated again. She read the words, so glad he’d stopped her.