This is growing into a good list! Add yours my lovely followers.

My ENTIRE blog, with all the hot kinky stuff that Tumblr now thinks is bad has been imported into my bdsmlr account! That’s thousands of posts of the good stuff people.

Get over there and get edging.

That’s the basic principle, yes. A ruined orgasm is one where you take yourself past the point of no return (PONR) but as soon as you do you stop all stimulation, and get the complete mindfuck of feeling what should have been amazing just explode into nothingness. Kinda like a reverse big bang.

The experience can be very variable, both for the same person and between what happens with different people. Some can stop like that and it still feel pretty good, others, it’s like the bottom falls out of their world.

The consistent benefits are

There’s two key ways to add to it, one is adding penetration – it’s far more impactful for most women to not only stop stimulating their clit but also to have a toy or cock pulled out of them just as they begin to climax. Your pussy literally clenches on nothing and it makes it much worse.

The other is to build up to it, I love getting women to ‘practise’ ruining, doing a countdown when they are close, making them edge and fuck then pull out, not when they’ve gone past the PONR but just before it, so they get all amped up for it, it extends the torment beautifully.

A common goal when teaching someone denial, long term, is to take a woman to the point where a ruin is all she hopes for. That her orgasms are so rare that when she can’t take being denied any more, she begs for a ruin by default. It’s so fucked up, and so hot.

I’m the anon who ruined for the first time… I suck at holding off so now any time I push too far I make myself ruin. It’s an interesting journey… so squirmy all the time now 🦋

Squirmy huh, ruined anon, we like squirmy here. I recommend it wearing a tight pair of jeans and no panties – that seam pressed into you will make every squirm ten times better*

*Not recommended in white or pale blue jeans

Hi! A few hours ago I checked out your bdsmlr page, and it worked, apart from the fact that it asked whether I was already 18 and i had to click “Okay” not “Yes” (which would have made more sense grammatically, I guess, so I wonder if this was already sketchy). Now your link doesn’t work anymore and it says such a site does not exist. Do you know what’s causing this? Potentially a virus? Greetings, Liz

Seems to be working okay for me, although I must concur with your concerns about poor grammar, let’s wipe that shit out!

BDSMLR are working hard to keep up with demand after the Tumblr exodus so it was probably just an outage they were having. Pretty sure it’s not going to be a virus, unless their web programmer has a cold, that is. 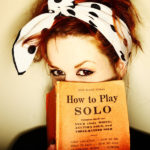 Tumblr hid your crotch rope instructions. Can you repost? Thank you!

I know, those evil nipples got it banned, boooooooo!

Currently the whole blog is supposed to be importing into BDSMLR, but it hasn’t happened yet.

Some other good shit on there though!

But you can also find them backed up on my wordpress blog in progress: 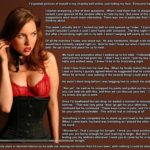 I think I posted this a while back, but it’s a good one.